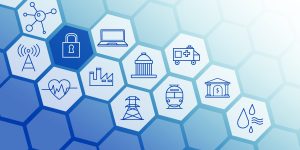 Because of this, governments are stressing the importance of securing networks and reducing the opportunity that you become a victim of the next attack. President Biden issued an executive order around this issue and even made it a talking point at his summit with Putin.

It’s important for IT/OT to be ready to shield against these ambitious hackers and not be caught by surprise. The International Society of Automation Global Cybersecurity Alliance (ISAGCA) announced the release of its position detailing the cybersecurity public policy views of the organization and its members.

As a member of the ISAGCA, we were happy to see this announcement. With the increased risks of an attack, securing critical infrastructure is of top importance and is what we do for our customers every day.

The position paper encouraged the adoption of the ISA/IEC 62443 cybersecurity standards. These standards were initially introduced in 2002, after ISA’s ANSI-accredited standards department stood up a committee to develop the ISA/IEC 62443 series of standards for automation and control systems.

With over 1,000 experts contributing, their collective expertise developed a series of coherent standards for securing critical infrastructure.

The standards focus on the principle of shared responsibility among stakeholders, from end users, product suppliers, integrators and service suppliers.

The basic architecture revolves around breaking assets into security zones. Each security zone is determined by its security level, which is assessed after performing risk analyses for the associated assets. The zones are then separated from each other by security boundaries. This practice adds a layering or redundancy to the architecture, should one security measure fail.

Securing critical infrastructure is imperative because of the consequences and impacts of a cyberattack. These systems extend past the digital form, making the endangerment of the public or employees a real possibility.

Beyond this, damage to the environment or equipment, in addition to reputation or financial harm are likely outcomes of a successful attack. Because of their key role in the lives of citizens, a breach on an industrial control system can become a threat to national security. Adopting a set of agreed upon, well-informed standards is important for standing up a defense against external threats.

Advocating for the adoption of the ISA/IEC 62443 standards brings a universal definition of security capabilities and provides a shared language among all stakeholders, as well as a common set of requirements for designing and assessing cybersecurity. Importantly, these standards translate across industries.

As we work to secure these ICS environments every day for our customers, we think it is important to also highlight much of what we have been discussing since the increases in these attacks started.

A key item highlighted in President Biden’s executive order was the need to implement Zero Trust security principals. Our overview of Zero Trust security covered the traits of the architecture, including its defining principle of assuming a breach in your network is inevitable or that it has already occurred.

As remote work has increased – perhaps permanently – in a post-COVID world, combined with intricate supply chains and other change factors, it is necessary for this to be implemented as a baseline for securing critical infrastructure.

We’ve also stressed the importance of moving beyond Zero Trust for securing your critical infrastructure. Zero Trust should be your foundation, which you build the rest of your security on top of.

With the complexity of supply chains and potential for a breach in one part of the chain to cascade into a breach of thousands of other businesses, it’s more important than ever that you are critically evaluating your partners.

It’s why we completed the SOC for Supply Chain evaluation and penetration test our product and our company to ensure we are a responsible partner and secure link in your supply chain.

Beyond giving least privileged access and reinforcing the supply chain, you need to have a protocol break and sophisticated critical configuration monitoring and change controls, alongside the capability for thorough audits and logging in the event a bad actor passes through your other defenses. Now you have created a layered defense and gained an understanding of what is happening. This allows you to see attack patterns from an external threat who has gained access.

ConsoleWorks functions across industries, like oil and gas, water and wastewater, finance, healthcare, manufacturing, energy and more. We enforce the NIST cybersecurity framework requirements and we built ConsoleWorks around the 62443 requirements for operations and maintenance of critical infrastructure.

As the threat of cybersecurity attacks remains high, we know it can be tough to be certain you are securing your critical infrastructure properly against looming attacks. ConsoleWorks is a single cybersecurity operations platform that hardens your environment. Schedule a demo to see how it works or start a conversation with us to make sure you’re secure.